Nearly everyone who has done an in-depth study of natural health recognizes that the body in general is a self-correcting, self-maintaining mechanism designed to maintain or regain health. It is usually when trauma, nutritional deficiency, stress, or something else occurs to the body that it can no longer carry out this function.


An excellent example of the body correcting itself is seen in the cranial-sacral primary respiratory mechanism. Normally, every time an individual chews, swallows, yawns, or takes a deep breath, the cranium receives a treatment. Almost everyone develops cranial faults at some time throughout the day. A fault may result from leaning the face on a propped-up hand while reading at a desk, from facial and cranial pressures during sleep, wearing certain types of headgear (such as a welder's helmet), or from bumps and jars. Not only do cranial faults that disturb normal nerve function develop, but there is mechanical misalignment of the skull.


The head is so important to human function that elaboration of its importance may seem unnecessary. Craniosacral, applied kinesiology, and sacro-occipital concepts and research have emerged which place dysfunction of the bones of the skull, its sutures and internal fascial structures (dura, reciprocal tension membranes, etc.), as well as the circulation of blood, lymph and the cerebral spinal fluid that passes through the brain and its open spaces, at the center of many health problems.

Before treating any apparent cranial dysfunction, attention should be given to soft tissue changes, muscle and fascia, which could for example be impacting upon cranial suture mobility. Treatment of all the weak or hypertonic muscles that attach to the cranial and facial structures is essential prior to any attempt at treating the osseous structures themselves, including the dentition in cases of malocclusion or temporomandibular joint disorders.

Silverman (1973) recognized the mechanical misalignment factors of the skull by evaluating his own occlusion. He did this by two methods that enabled him to evaluate it at any time. First, when the teeth contact in an ideal centric occlusion, there is an audible, sharp, staccato-like sound. This can be measured objectively by a phonocardiogram, (1976) with the microphone placed on the cheek. One can feel that sharp contact when there is no malocclusion. Second, when the teeth are forcefully brought together and then very lightly tapped repeatedly, there should be a direct route to full intercuspation. When there is malocclusion, there is a very light premature contact and then the mandible slides into full intercuspation, which can be felt by a sensitive individual.

Silverman observed that upon awakening, he sometimes had a deflective prematurity which would last from several minutes to over an hour. The deviation from normal was usually corrected after eating breakfast. Further observation revealed no malocclusion when he awakened from sleeping on his back, but there was malocclusion when waking from sleeping on his stomach with his face mashed into a pillow.

Silverman continued this investigation and found several factors that could immediately return his occlusion to normal, including taking a deep breath, swallowing, chewing, and other activities of normal physiology. After recognizing the effects of sleeping positions on his occlusion, Silverman investigated other factors that might cause temporary changes in occlusion. These included forces on the face, such as that already mentioned of propping the face on hand while reading, head placed in the older type "V" dental headrest, wide excursive movements with the mandible (either laterally or wide open such as is often done in dental procedures), and forcefully blowing the nose.


Sensory abilities include proprioception and exteroception (vision, vestibular apparatus and audition), and come significantly from organs housed in the skull. In the case of the eyes and their tracking movements, applied kinesiology cranial approaches can be beneficial. These exteroceptive sensory contributions should not be underestimated and their losses should be considered in the overall management of the patient. (Cuthbert & Barras, 2009; Cuthbert & Blum, 2005) 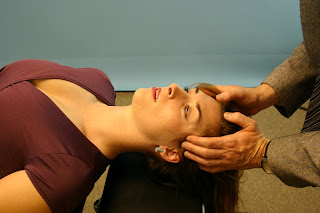 These are just some examples of how cranial faults might develop throughout the day, and how the normal physiology of chewing, swallowing, yawning, and deep inspiration can correct them. For these corrections to take place, it is necessary for normal occlusion and normal muscle action to be present prior to the temporarily created cranial fault. The corrections are obtained during swallowing, chewing, and yawning by the muscles of mastication pulling on their insertion at the levers of the cranium, which include the zygomatic and pterygoid processes. In addition, there are wide contacts of muscles, such as the temporalis, which produce a bilateral, even movement to the skull during swallowing.


THE IMPORTANCE OF MUSCLES FOR SELF-CORRECTING CRANIAL FUNCTION

The influence of muscles upon cranial function is very critical, and for this reason the applied kinesiology examination and treatment of the cranial-sacral mechanism excels over most other methods of diagnosis and treatment. AK examination determines the strength and/or weakness of the individual muscles that attach to the skull; the vast number of treatment approaches in AK for these disorders of specific muscles is the reason AK treatment is so effective in cases of cranial dysfunction.

The two temporalis muscles are directly connected to the temporal bones (fossa and squama), the parietals (squama), the greater wings of the sphenoid. and the posterolateral aspects of the frontal bones, crossing the coronal sutures, the sphenosquamus sutures, and the temporoparietal sutures. It is hard to imagine muscles with greater direct mechanical influence on cranial function than these thick and powerful structures.

Upledger and Veredevoogd (1983) point out that when the teeth are tightly clenched, contraction of the temporalis draws the parietal bones down. Because of the architecture of the squamous suture between the temporal bone and the parietal bone, a degree of sliding is possible is between them. Prolonged crowding of the suture (resulting from dental malocclusion, anger, tension, trauma, etc.) can lead to ischemic changes as well as pain locally and at a distance. Subsequent influences might involve the sagittal sinus and possibly CSF resorption, including dysfunction at the jugular foramen with implications for the spinal accessory nerve, thereby increasing the trapezius muscle's dysfunction, unleveling the head, affecting the vagus nerve to the digestive tract, and the stability of the cervical joints which this muscle (as well as the sternocleidomastoid, also innervated by the spinal accessory nerve) controls. Upledger and Veredevoogd (1983) report that such a scenario can lead to mild to moderate cerebral ischemia which is reversible.

Travell and Simons (1983) state, “The external (lateral) pterygoid muscle is frequently the key to understanding and managing TMJ dysfunction syndrome and related cranial mandibular disorders”. Upledger and Veredevoogd (1983) confirm this. “It (lateral pterygoid) is a frequent cause of recurrent cranial sacral and temporal mandibular joint problems”. The medial pterygoid can interfere with sphenoid function, with the maxilla's movement and with normal motion of the palatine bones. It is commonly involved in TMJ problems. Trigger points in this muscle (easily identified with AK testing methods) can produce restrictions in the ability to fully open the jaw, sore throat and swallowing difficulties, as well as TMJ pain. Along with other key muscles of the region, assessment and (if needed) therapeutic attention to the temporalis, lateral and medial pterygoid muscles is a pre-requisite of lasting and successful cranial sacral therapy.


MUSCULATURE OF THE PALATE


The levator veli and tensor veli palatini muscles both attach to the auditory tube. Their primary role appears to be to open the entrance to the auditory tube in order to equalize air-pressure during swallowing. Inhibition or hypertonicity in this muscle has important clinical meaning as the auditory tube, which when open may provide an easy passageway for oro respiratory tract infections to reach the middle ear.

Ear infections in young children and their relationship with tensor veli palatini muscle imbalance and trigger points is an area deserving of clinical research. Since these infections readily occur in young children who are in a chronic sucking state (thumbs, fingers, pacifiers, toys, nipple of the bottle or breast), the association of the tensor veli palatini seems obvious and deserves consideration. In our experience, eustachian tube dysfunction is the most common cause of otitis media and this can be the result of fixation of the temporal bone. Cuthbert and Rosner (2010) reported the successful treatment of a 6-year old girl who had painful ear aches (and antibiotic treatment) on a monthly basis since she was 4-months old.

It is fortunate that the body has self-correcting mechanisms that are in keeping with the overall design of the body to be self-correcting and self-maintaining. Unfortunately, problems sometimes develop in which these normally corrective mechanisms produce and maintain cranial faults. If there is a prematurity artificially produced by improper equilibration of dental prostheses, the muscular forces into the skull are imbalanced and create the cranial fault rather than correcting it. The muscles of mastication can also become hypertonic on one side, causing an imbalanced pull into the cranium.

Fortunately, applied kinesiology techniques can determine when there is an imbalance of muscles or an occlusion creating cranial faults. This evaluation capability is one of the factors that has helped develop a close relationship between many chiropractors and dentists. The objective is to find the reason why the body is not a self-correcting, self-maintaining mechanism so the patient can return to health. 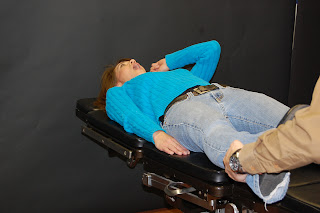 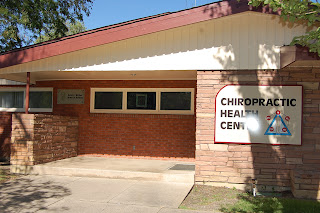 Two new textbooks (bringing AK into the era of Evidence-Based Medicine)
are available now -- the 2nd editions of these books IN COLOR! 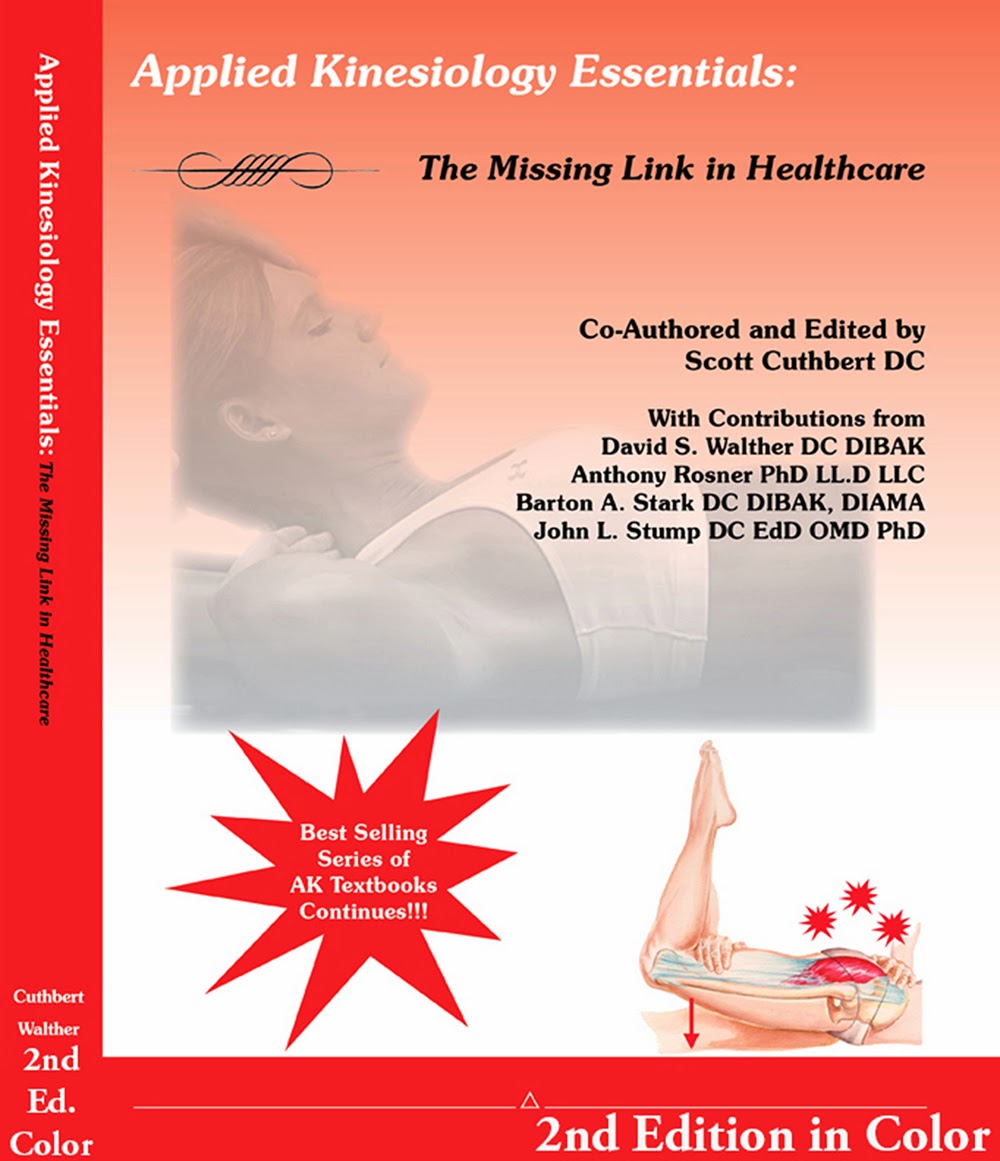 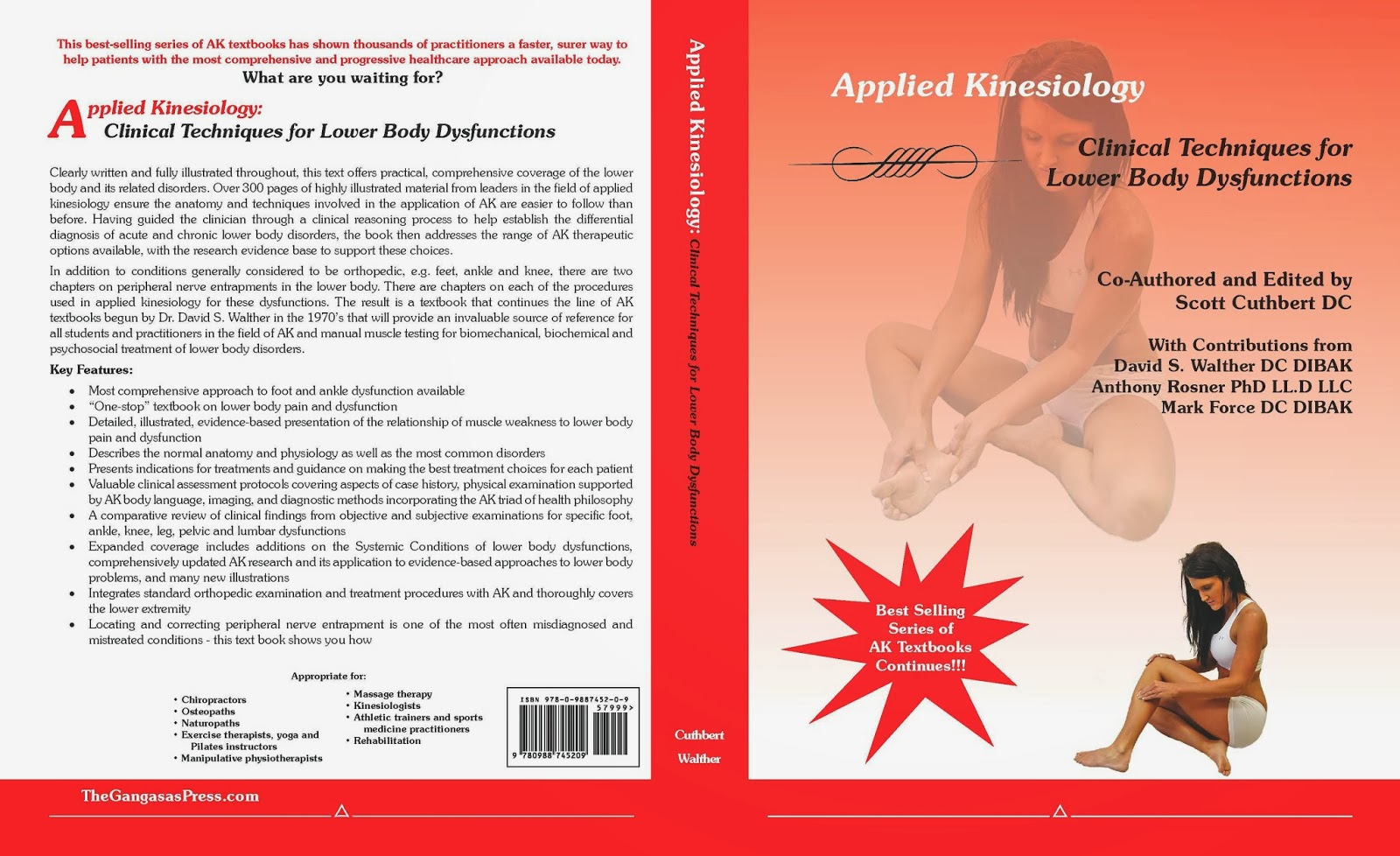 Welcome to my Blog

This webpage will have frequent updates about my life and writing, particularly related to functional health care and applied kinesiology. New research in the field of applied kinesiology, manual muscle testing, and somato-visceral-autonomic interactions will be featured.

Visit me when you can!